University of Wisconsin Professor, Myra Marx Ferree, is conducting research on Gender, Society, and Higher Education. She looks at how university structures are challenged to do a better job at including women especially in the higher ranks, because women scientists are seen as a significant part of the human capital that nations can hardly afford to waste, and because women’s status stands as a symbols of national progress and modernity. Germany and the U.S. are challenged to advance women more vigorously into leading positions at universities. Professor Ferree has held many conferences on this issue that have been widely attended by the world’s leading experts. One such attendee is Kathrin Zippel of Northeastern University who recently published her book, “Women in Global Science: Advancing Academic Careers through International Collaboration”. Professor Ferree writes, “Zippel’s book reveals the benefits women may get from their national status when they work abroad, but also exposes the barriers to international collaborations for women. Her pathbreaking analysis highlights the paradoxes that university systems create by deeming global connections important but making them unnecessarily difficult. A must-read for those in STEM fields.” 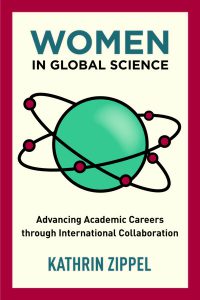